Many adults with ADHD discontinue their medication. Here are some of the reasons why and what to expect if you do.

Adults with ADHD often don’t take their prescribed medications properly. Mobile messaging may help them stick to their treatment plan.

Research shows ADHD medication overdoses among kids are on the rise. Here are steps you can take to prevent this happening to your child.

If you have an ADHD child who is on a treatment plan that involves taking stimulant medications, you may face a vexing decision when summer vacation arrives. That is, whether to give your kid a “drug holiday” – discontinuing their medication during the summer break from school. There are many factors to consider when contemplating a summer drug holiday for your ADHD child. Be sure to give it as much consideration as you did when starting the medication treatment in the first place.

The symptoms of ADHD, which often include an inability to pay attention, distraction, and impaired impulse control can make driving more difficult. A number of studies have confirmed a higher number of car accidents among people with ADHD than the general population. While the cognitive demands of driving can be difficult for those with ADHD, especially teens there are a number of simple steps you can take to be a safe driver and avoid becoming dangerously distracted.

Stimulant diversion is the sharing of one’s ADHD medication with someone else. The practice is on the rise among college students. Government authorities treat medication diversion as a criminal activity. This can lead to serious consequences for students who engage in the practice. We share a true story of what happened to a student who shared their ADHD medication, and provide recommendations on how to avoid having this happen to you or your child. 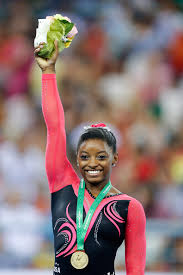 Simone Biles has won a total of nineteen Olympic and World Championship medals and is now the most decorated American gymnast. She had many … Read More