Edge focuses on the challenges of executive functioning and employs a rigorous, evidence-based approach tailored for each student using one-on-one coaches. Edge takes this tried-true-and-tested concept to schools. Edge uses a proprietary curriculum to improve student performance whether they are in elementary, middle or high school. What’s more, the comprehensive program is proven successful in colleges and universities across the nation. 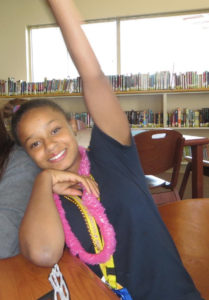 To make academic and behavioral progress, GMS partnered with the Edge Foundation and implemented its In-School Coaching Program working with its most-challenged students.

Each student exhibits: Significant executive-function impairment, often with undiagnosed symptoms of ADHD, dyslexia or ACEs. Although they may show creativity, intelligence and high energy, they have difficulty in establishing priorities, planning, staying on task, following through, being timely and controlling their emotions. They tend to over-engage teachers and administrators with discipline matters.

From High-risk to High-potential Students in Two Years

This scientifically proven program screens eligible students for executive-function capacity and weaknesses. Then, in partnership with school administration, the program provides specially trained coaches who meet one-on-one with students weekly. Together, the student and his or her coach work on student-directed goals, strategies to improve their executive-function skills, managing their emotions and impulse control and channeling their energy in constructive ways.