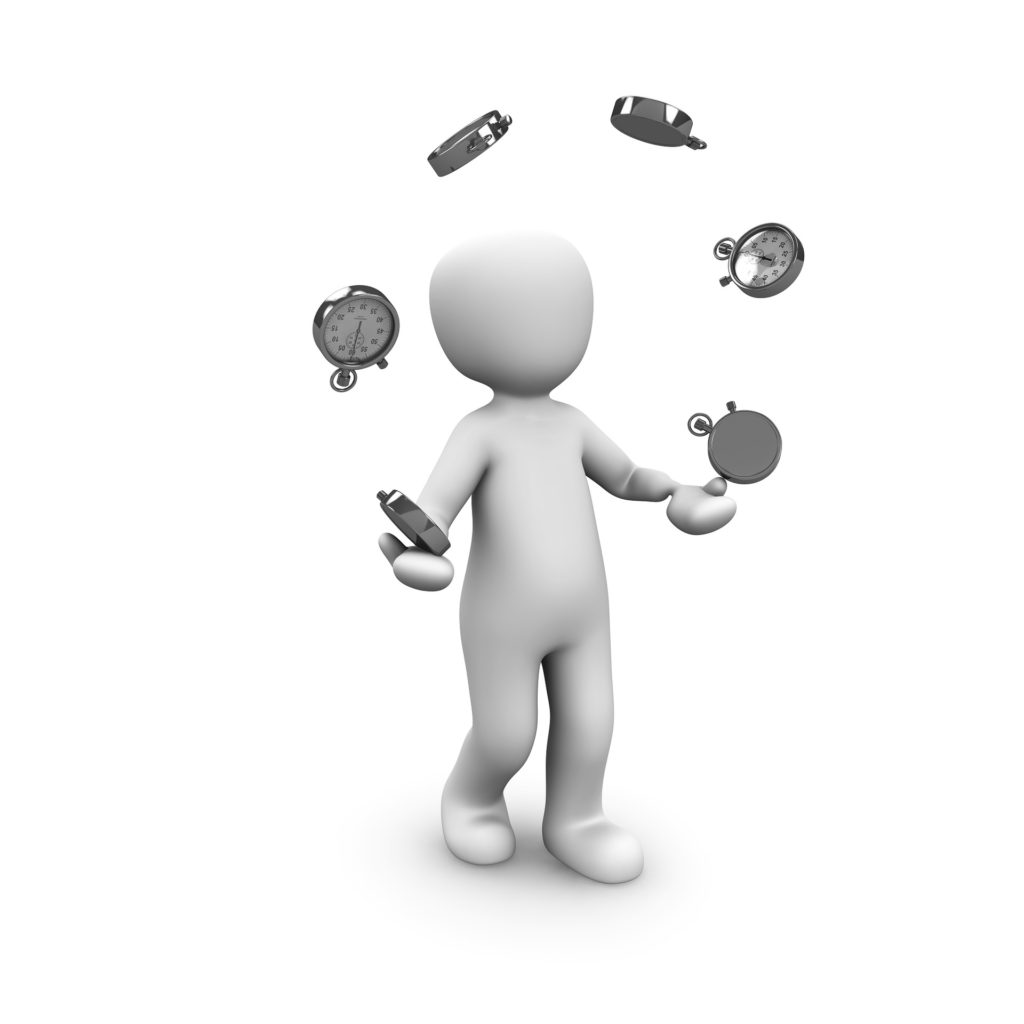 I have a friend who has ADHD. She is an established professional, in a stimulating and rewarding job. Work is a constant balancing act, but she somehow manages to juggle it all without dropping any important balls. In fact, I think because of her interpersonal skills and ability to react in the moment she is able to be more successful at her job than someone who is better organized, meets all the deadlines with ease, but has an abrasive personality.

Yesterday she was sharing how she was leaving town in 24 hours. She was stressing – as usual – with a huge list of undone tasks to be accomplished before the plane takes off. She confided that she’s just resigned herself to pulling an all-nighter before she left to get it all done. I could tell she felt like she was failing, again.

After she left, I realized that every time she has ever gone on vacation, the last few days are always in crisis mode. She sees other people who get themselves calmly organized, have every duck in a row, and leave town with a clean desk and wishes she could do the same.

Next time I see her I’m going to tell her about the most important thing you learn when you work with an Edge coach – discover what works for you, not for other people.

In her own chaotic way, she’s already done that. In all the times I’ve seen her go, she always gets everything done. Always. She never misses the plane. Nothing important goes astray or can’t be fixed. I think she needs the anxiety and adrenalin of the last-minute push to get her mind in gear and focused on the not-so-exciting job of getting ready to leave.

Novel concept: what if instead of feeling guilty for leaving it all to the end, she accepts that that is how she works best? And instead of letting her family or friends make her feel guilty for running at the last minute, she celebrates the fact she’s figured out how to work with her strengths – in this case the ability to pull it all together in a crisis. It’s that very strength that makes her so successful in the job she currently holds.

Sometimes it’s not about doing something differently. It’s figuring out how to make the ride less stressful for yourself – and the people around you. Instead of spending energy feeling bad about what works for her, what would happen if she spent that energy focusing on helping her family understand how to come along for the ride?

What do you think would happen if you looked at an ADHD “bad habit” and see where it’s also strength in your life? What would change for you?

14 questions to ask a prospective ADHD coach
Single Tasking - When Less is More
ADHD Sucks!
Was ADHD an Evolutionary Advantage?