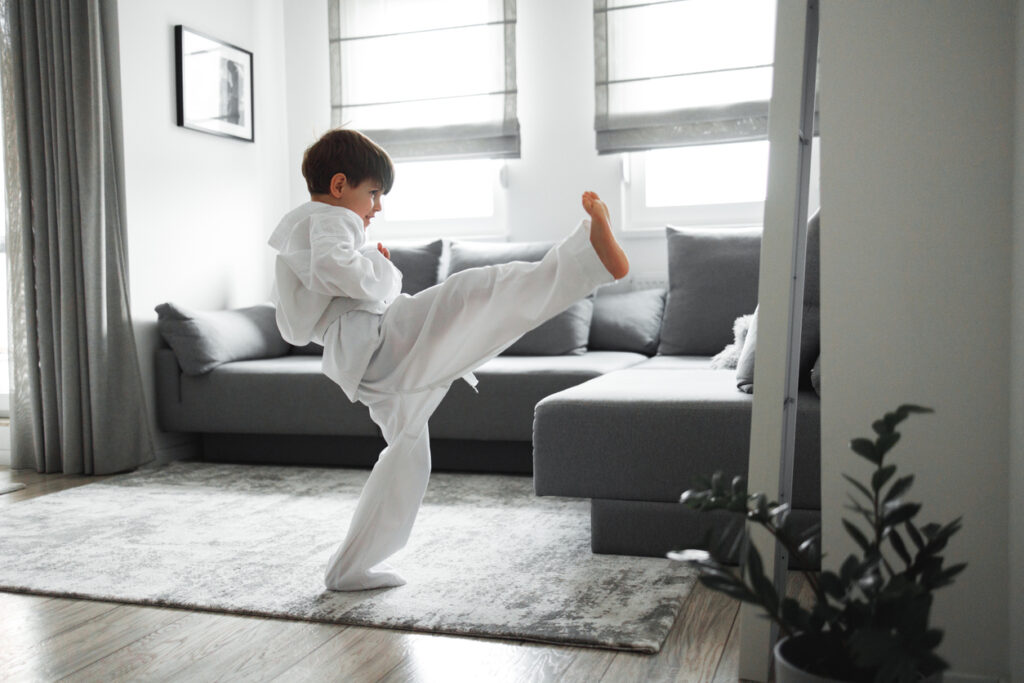 I was the recipient of more than a handful of butt-kickings growing up. I was small, skinny and as a kid with ADHD, a little misjudged. No one really understood “us kids” anyway during the early 1970’s and as a result, I was picked on repeatedly.

I eventually started taking martial arts lessons. I was pretty good at all the kicking and punching but when it came to any type of ground fighting, I always told myself and others that if anyone got me on the ground in a fight, it would be all over for me. I kept this mindset for a long time. However, when we started practicing fighting on the ground, a very different story came out. I was actually really good at it. In fact, my instructor stated that I was the best ground fighter in the class despite the story I always told myself.

I repeatedly told myself a story that was not true

As an author and podcaster about Adult ADHD, I spend a good amount of time on the internet on various platforms. And what I see in many instances are blanket statements and various ways of thinking that are not helpful to anyone including those that keep these beliefs. Those with ADHD cannot stay focused. We cannot clean our house. Everyone with ADHD procrastinates. People with ADHD cannot listen to a 40-minute podcast…And so on.

Oh, and the best one…You’re never late for anything? You do NOT have ADHD.

These are generalizations that keep us from thriving with our ADHD. Because we keep telling ourselves that we can’t do something. Just because you have been diagnosed with ADHD, doesn’t mean you get handed a checklist or a handbook of things you cannot do. This isn’t shoulder surgery where you are told what not to lift. You cannot and should not let a sweeping statement or belief hold you back in life.

You need to give yourself some credit

I want to make it very clear. I was a train wreck as a child and teenager. I did not do very well in school and I know what it’s like to crash and burn. I spent a few summers in summer school. I get it. And I say this because I know some may say, “Well it’s easy for you to say.”

It’s not easy for me to say. As an entrepreneur with ADHD, I have experienced more challenges than I can count. There are so many working parts to running a business and it is easy to drop the ball every now and then. But I have also had to make things work over the years. And I have found out what I am good at. And many were things that I thought I would never be good at. Such as public speaking.

When I was younger, I would have rather died than speak in front of a group of anyone. Now, I actually enjoy it and thrive off it. Now I will confess, I’m still not very good at math, but then again, I don’t try. Because I don’t want to.

And before you yell at me for telling you to “Try Harder,” that’s not what I’m saying. I’m asking you to keep an open mind.

Having the right mindset when you have ADHD is absolutely critical to thriving with your different brain. If you shut the door on anything, without at least trying it, you are not doing yourself any favors. Those of us with ADHD have a curious mind. So why not use it to your advantage?

Can I show up on time? Can I focus for 20 minutes straight? Can I get my work done on time? Can I meditate for five minutes? Can I write that book I’ve always wanted to write?

What have you told yourself that might not be true?

Oh, and if you’re wondering why I’m rarely late for anything. My father is an Air Force Colonel, so we were early for everything growing up…

David Greenwood is the author of the book Overcoming Distractions – Thriving with Adult ADHD, published by Sterling Publishing. David also hosts the popular podcast by the same name at: www.OvercomingDistractions.com.