Picture this:  a struggling loser wants only one thing in life, to make it big, but when he gets a chance to prove himself worthy, no one ever figures he’ll be able to win the big prize – except his girlfriend and his coach. Does this storyline sound familiar? It should. It’s the story made famous by Sylvester Stallone in the 1976 Academy Award winning film, and box office blockbuster, Rocky.

Perhaps one of the most famous scenes of 1970s cinema is him running to the top of the steps at the Philadelphia Art Museum, a feat he was unable to accomplish at the beginning of his training. The end of the movie is classic storybook, guy wins girl and becomes the new heavy weight boxing champion. And Sylvester Stallone becomes a mega star. 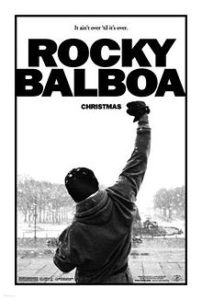 By now you’ve probably figured out why we’re sharing the story of Rocky – he has a lot in common with people with ADHD. Many students with ADHD feel like losers. They’ve been told they are lazy or slobs. They feel guilty about their mistakes and slip ups, but don’t know how to turn their lives around.

Like Rocky, you can overcome tremendous obstacles with drive, commitment and the help of a coach. An ADHD coach is much like a sports coach. They help you identify your strengths and shore up your weaknesses.  They push you to work harder. They keep you accountable.

We at Edge want you to know that you aren’t doomed to failure just because you have ADHD.  (You probably already knew that!) Sometimes you might need a little help getting to your goals faster – and that’s where an ADHD coach can help.

So next time you’re feeling discouraged, stream Rocky, gets psyched up, and then find yourself a coach.

ADHD Medication: A Safety Punch List
Getting organized: learning what works
Borrowing some brains
Video Games and the Pandemic