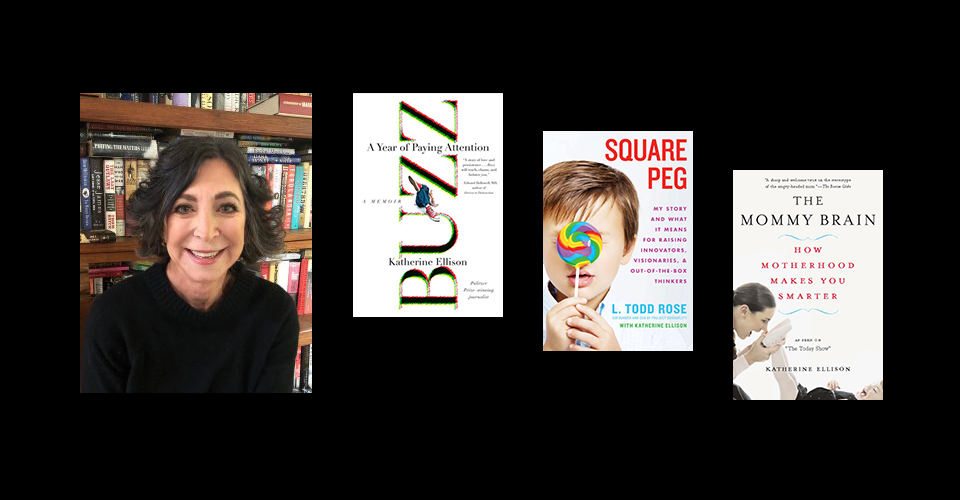 Katherine Ellison has achieved many things in her life. She has been a foreign correspondent in Latin America, the author of 5 books on practical neuroscience, and a Pulitzer Prize winner at age 27. She also has ADHD.

One of her most popular works, Buzz: A Year of Paying Attention, was a memoir and journalistic overview of a year spent coping with ADHD after both she and her 12-year-old son were diagnosed with the disorder. In fact, it was her son’s diagnosis that ultimately led to her own. She has also collaborated on books such as ADHD: What Everyone Needs to Know and Square Peg: My Story and What It Means for Raising Innovators, Visionaries, and Out-of-the-Box Thinkers.

She has reported on ADHD and other learning and behavioral issues for various media including The New York Times and the Washington Post. In addition, she has consulted for Fortune 500 clients including Google, written speeches for nationally-respected thought leaders like Alice Waters, and speaks to audiences throughout America, including those at top universities and medical groups.She teaches audiences how manage distractibility and realize their dreams.

Ellison recalled in an interview that she had always been a restless and easily bored person. She gravitated towards journalism in part because it offered her an opportunity to work in a very stimulating, rapidly changing environment which fit her need for constant novelty.Though in her younger years she was skeptical about the validity of ADHD and critical of parents who medicated their children for ADHD, she later changed her view about that. Her change came when, as a parent of a child with ADHD symptoms she had to grapple with parenting issues made more difficult by her own tendency towards distraction. Her son was medicated for a period of one year and showed dramatic improvement in terms of his ability to concentrate and to make friends and a decrease in oppositional behaviors. After being diagnosed herself she came to understand and appreciate the role this condition had played in the lives of multiple generations of her family.

The Age of ADHD – Katherine Ellison