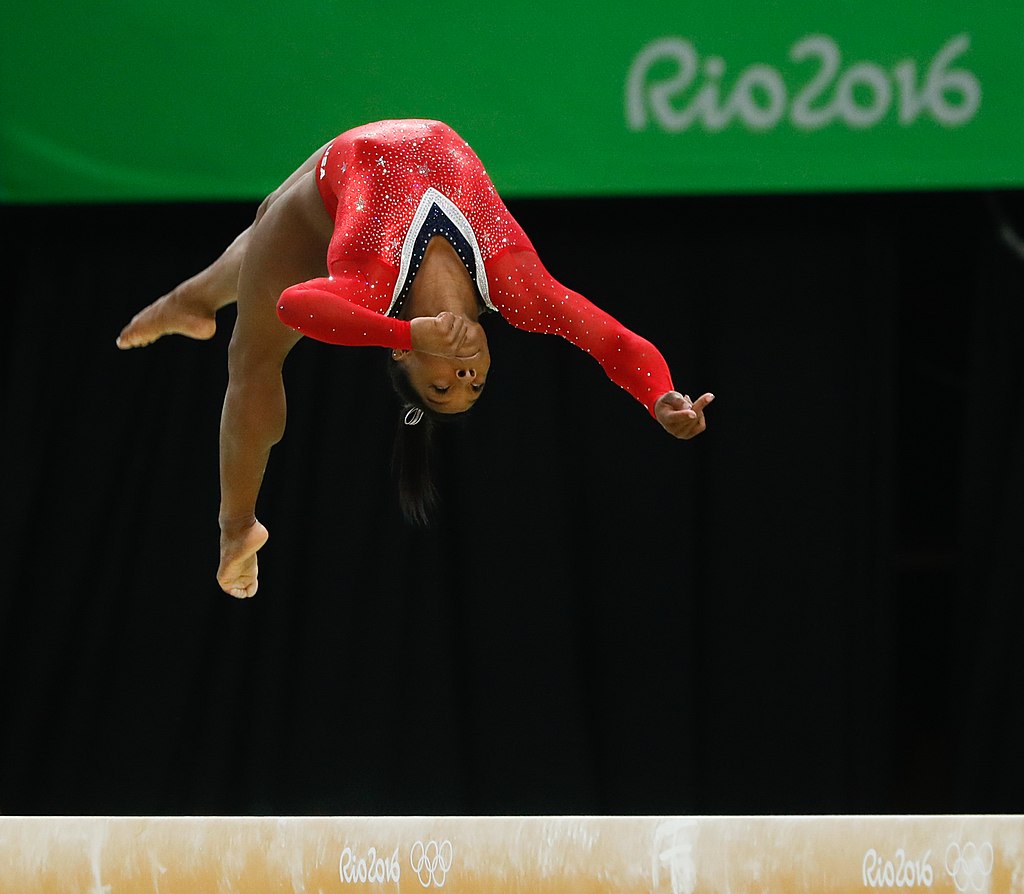 Simone Biles is arguably one of  the greatest female gymnasts of all time. But more than that – she is a study in personal courage.

In the 2016 Olympics she won 4 gold medals and 1 bronze medal. In those Olympic games, she had to contend with controversy over taking her ADHD medicine.

Biles had filed for a “therapeutic use exemption” through the World Anti-Doping Agency prior to the 2016 Olympics, which enabled her to continue taking the drug throughout her competition.

However, she was the victim of an illegal release of some high-profile athletes’ medical data that showed she had tested positive for Ritalin. The situation led the then-19-year-old star to publicly address her ADHD diagnosis and reveal she had taken the medication since childhood to manage her symptoms.

It is possible her ADHD may have played a role in her sudden withdrawal from the women’s team competition at the Tokyo Olympic games.

After struggling during the preliminary round, she had an unusually poor start in the team event. She withdrew after looking lost during her first vault attempt.

Discussing it later, she said she had the “twisties.” This is a term gymnasts use to describe the situation where they lose control of their bodies as they spin through the air. Sometimes they twist when they hadn’t planned to. Other times they stop midway through as Biles did. And after experiencing the twisties once, it’s very difficult to forget. Instinct gets replaced by thought. Thought quickly leads to worry and worry is hard to escape. Having the twisties during a complex gymnastic move can be dangerous for the gymnast.

Biles indicated she had been feeling under great pressure prior to the games.In particular, she was still dealing with the sexual assault she and many others suffered at the hands of former Team USA doctor Larry Nassar. She indicated that she had needed therapy and anxiety medications ever since.

But there could also be another factor at work.

According to the Associated Kyoto Program, a Japanese nonprofit, all medications containing stimulants are prohibited in Japan. This includes Adderall, a standard medication used to treat ADHD symptoms in the U.S.but not allowed in Japan. While Ritalin is available in Japan to treat sleep disorders, it is not prescribed to ADHD patients.

These restrictions may have left Biles with no choice but to forego the medication she had taken for years to treat her ADHD.And that could well have altered her ability to perform at her characteristic championship level. (Some research has indicated there may be spatial awareness issues in individuals with untreated ADHD.)

It’s not clear whether Biles will compete in the remaining Olympic events for which she is still eligible – the balance beam, floor, and uneven bars finals.She has been criticized by some fringe media pundits for her decision, but she has received an outpouring of support from fans and teammates who applauded her decision to prioritize her mental health.

Team USA Gymnastics announced that Biles will withdraw from the event finals for the uneven bars and vault. She will  continue to be evaluated to determine whether she will compete in the floor or balance beam events. The announcement concluded with: “We remain in awe of Simone who continues to handle this situation with courage and grace.”

Regardless of whether she decides to compete in the remaining Olympic events or not – she has already demonstrated she has the heart and soul of a champion.