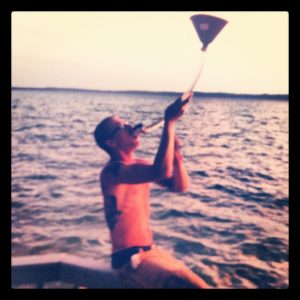 At the risk of sounding like your parents, we want to check in with you about the 4th of July celebrations. Did you make it through work today without a splitting headache?  If you did, congratulations! You managed your partying and didn’t let ADHD impulsiveness lead you astray.

But for those of you who didn’t even make it into work this morning – in spite of planning to – this post is for you.

Not everybody has every sign to be an alcoholic. The important thing is to look honestly at yourself and if you have an inkling in your gut that you want to ignore; that’s the signal it’s time to get help!  Most colleges have counselors who can help you explore if you really have a problem or you’re simply being paranoid.  The key is to get help early before addiction gets deeply ingrained into your brain and it takes a near disaster to get you to dig your way out and sober up.