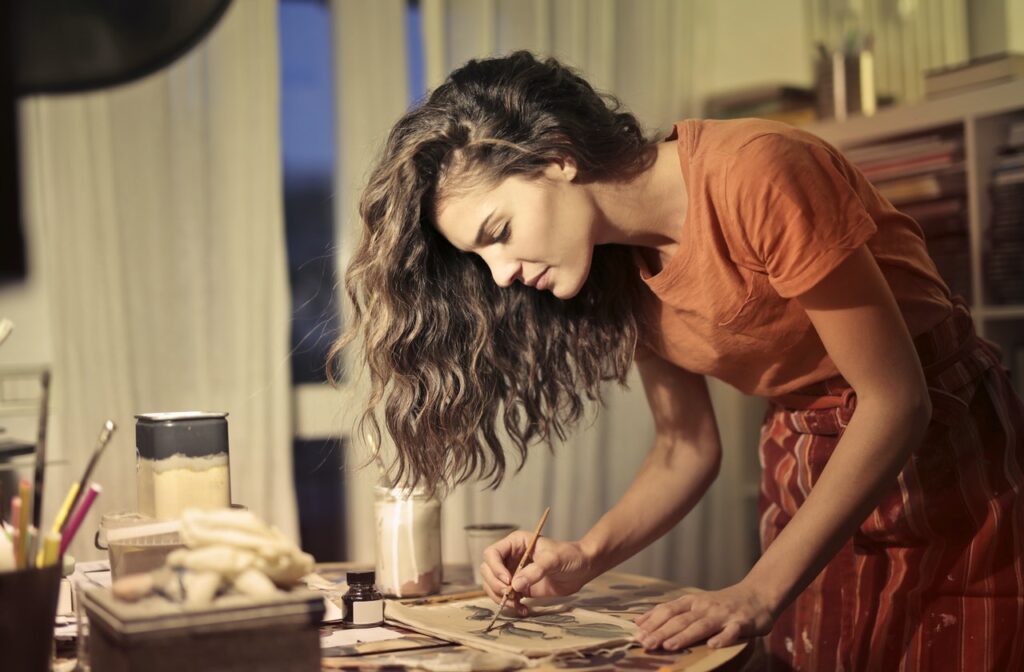 Hyperfocus is an intense form of concentration or visualization that focuses consciousness on a subject, topic, or task. It shows up as the complete absorption in a task, to a point where a person appears to completely ignore or ‘tune out’ everything else.In addition, to engage in hyperfocus,the task has to be fun or interesting. And during a state of hyperfocus, performance of the task generally improves.

Although most neurotypical individuals would likely report experiencing a hyperfocus-like state at some point in their life, it is usually mentioned in the context of autism, schizophrenia, and attention deficit hyperactivity disorder—conditions that impact attentional abilities.

For these individuals, it has been characterized as both a problem and a superpower. On one hand it can pull you into a “rabbit hole” that takes you away from the necessary tasks of everyday life. Or, for example, it can allow you to focus on solving a difficult problem that others would give up on.

The Biology Behind Hyperfocus

But what actually drives a state of hyperfocus?

There is still more research to be done, but it believed that changes in the frontal lobe, the part of the brain that controls the sense of reward, can lead to hyperfocus. A certain task may be so rewarding that it is hard to switch to to something else. These changes are thought to result from abnormally low levels of dopamine. Dopamine is a neurotransmitter particularly active in the brain’s frontal lobes. This dopamine deficiency is what makes it so hard to shift gears to tasks that may be necessary, but are less interesting.

“Flow” was one of the first concepts introduced as part of the field of Positive Psychology, which studied the science of positive subjective experience, positive individual traits, and positive institutions. It was first popularized in the book Flow: The Psychology of Optimal Experience by Mihaly Csikszentmihalyi.

The conditions for entering a state of flow include:

Under these conditions, experience seamlessly unfolds from moment to moment and one enters a subjective state with the following characteristics:

The experience of flow thus mirrors hyperfocus in many respects. As Csikszentmihalyi detailed in his book, individuals and teams who operate in a state of flow can be extraordinarily productive and creative. The success of many artists, athletes, scientists and entrepreneurs who struggled with attention impairments underscores the power of hyperfocus.

Of course, hyperfocus can have its downside as we noted above. If you are an adult who might have suffered with its negative affects, there are numerous good suggestions in the resources below for controlling your attention to keep it focused on the things that count.

But ultimately, if you have a problem with hyperfocus, your best strategy is to choose what you love to do as your life’s work. This way, your hyperfocus is put to to the best use in advancing your career and you can happily surrender to that optimal state of flow.doing what you enjoy.

What do Ritalin, steroids and oxycontin have in common?
Seeing a Connection Between ADHD and Vision Problems
College admission testing: know your rights
How to measure success in ADHD coaching