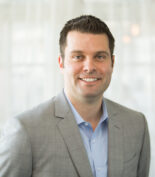 Mark Rus is a globally experienced life sciences executive. He is the Chief Executive Officer and Board Director for Sophren Therapeutics, a Cambridge, MA-based neuropsychiatry focused biotech start-up.

He most recently served Group Vice President – Neuroscience of Shire Pharmaceuticals. Over the course of 13 years, he led teams across multiple therapeutic areas in the US, Europe, Canada, and Japan. Most recently, he built/led a team of 5 direct and over 600 indirect reports to develop and execute on Shire’s Neuroscience commercial strategy in the US and global markets. His teams were responsible for multiple in-market and PI-III pipeline assets, across a growing and leading $2.5BN Neuropsychiatry business.

Before stepping into his role as the Group Vice President, Mark served in the following positions at Shire: International Neuroscience Portfolio Strategy Team Lead; Business Unit Director – Neuroscience, Gastroenterology, and Nephrology; Regional Sales Director – Connecticut/NY, California; Chief of Staff & Manager – Shire International. Mark holds a Masters of Science in Economics from the London School of Economics, and a BA (Hons.) in Political Science & International Comparative Studies from the University of Western Ontario.

Mark also has a professional background in Canadian Federal Politics. He served for several years as a policy advisor, speechwriter, and member of the Minister of State’s staff. He also has experience working on the Prime Minister of Canada’s Federal Election Campaign Team.

In addition to his professional career, Mark was selected by the US Dept of State for participation in the Fulbright/International Visitor Leadership Program. He was also recently nominated by Pharmaceutical Executive Magazine in 2017 as one of the top 11 Emerging Leaders in the life sciences. In addition to the Board of Sophren Therapeutics, Mark also serves on the Board of the Boys and Girls Club of Waltham.  Mark, his wife Mara, and their 3 children live in Concord, Massachusetts.