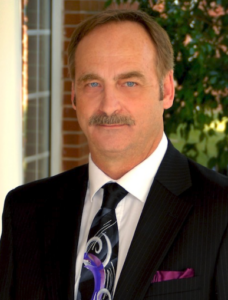 Strateric, LLC counsels mission-driven organizations as they develop, codify, and attain aspirational visions for the future.  Strateric combines superlative strategy development capabilities with the power of analytics and metrics to support organizations as they evolve to advance their missions within increasingly competitive environments, while responding to variable and challenging market conditions.

With a long career in education, Dr. Betit’s experiences have been comprehensive and impressive.  Although he served as a staff founder and then spent nearly three decades at Landmark College, the world’s first college for students with learning disabilities, his experience in education has been wide-ranging.  While at Landmark, Brent held many senior management positions, but previously, he has also taught at the elementary, middle, and high school levels.  His diverse career has included serving as director of operations for a construction company, founding a technology company, and working as a journalist for a national magazine. His most recent educational role was Head of School at The Fletcher School, for five years, where he was recognized by the Board and Chair for multiple hallmark achievements, including:  quintupled the endowment, launched a community-wide diversity, equity, and inclusion initiative, raised faculty salaries by an average of 18%, attained record enrollment and retention, and significantly increased financial aid fundraising and awards to families.

Dr. Betit previously held the position of Deputy Executive Director for Educational Affairs of the King Salman Center for Disability Research in Saudi Arabia, overseeing the Academic Training Division – where, among other accomplishments, he co-developed a Transition to University Program for International Students (the Summer for Success) with senior staff and the President of Beacon College (FL) as an element of its strategic plan. He also established cooperative agreements with U.S. universities, and developed the foundation for a 5-year, Kingdom-level strategic plan, The King Salman National Program for Learning Disabilities.

Dr. Betit, a seventh generation Vermonter, and his wife, Julie, are the proud parents of two phenomenally successful adult sons – both with ADD (just like their father).