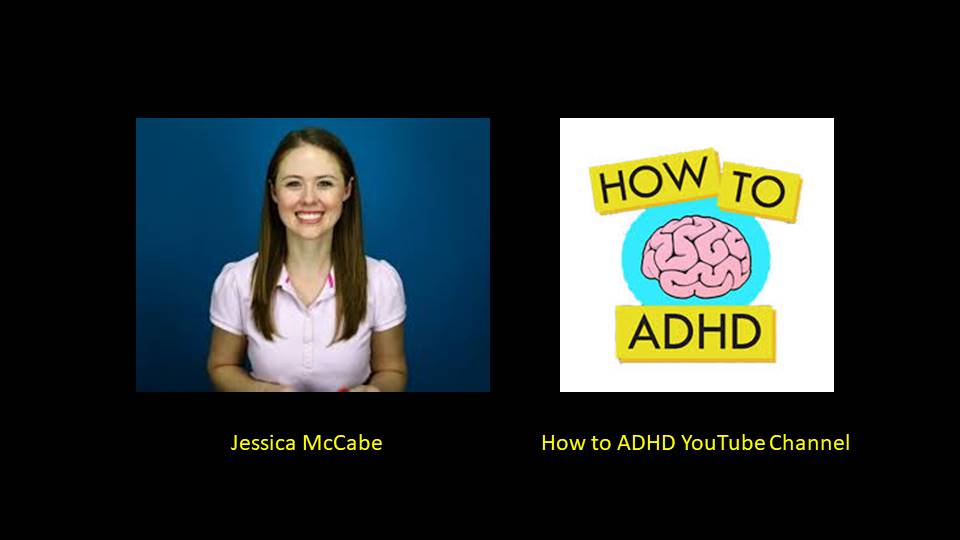 Jessica McCabe is probably familiar to many of the readers of this blog. Her YouTube videos have appeared in a number of posts to help explain different aspects of ADHD. But her personal story may not be as well known.

She was originally diagnosed with ADHD at the age of 12. She had always been identified by her teachers as smart, but she had trouble making friends, was easily distracted, often became overwhelmed and constantly forgot things. In middle school, when she had to be more responsible for getting to class on time and competing her schoolwork, her grades began to suffer. That was when her mother took her to the doctor who evaluated her and gave the diagnosis of ADHD. She went on stimulant medication and found she was able to focus. Her grades improved immediately. Her social life also improved.

But in her late teens and early adulthood, her ADHD was again causing problems. She was unable to complete college. She had trouble keeping a job. Her finances were in disarray. And her relationships weren’t working out. She got married and then divorced.

At the age of 32, she decided to research what it was about her ADHD that was making it so hard for her to succeed despite her potential. She found a lot of information – and misinformation – on the Internet. She also explored books, articles, talked to ADHD experts and read research papers about ADHD.She began to see how the ADHD brain worked and gained a better understanding of the reasons for her own struggles.

She discovered, however, that most of the information was not written for those who actually had ADHD. So she decided to set up a YouTube channel, How to ADHD, to help share it with others who had ADHD in a way they could understand. It launched her on a new career where she could engage her ADHD superpowers and fully unleash her creativity.

Welcome to the Tribe

Fast forward a few years. Today, How to ADHD has thousands of subscribers and its videos have had cumulatively millions of views. It has truly become a major hub for the ADHD tribe.

Below is her Ted Talk in which she describes her struggle to understand and cope with her ADHD, and, through the medium of her YouTube channel was able to find and help create her ADHD “tribe.”

Executive Function: The Inside Story
Back to School Online with ADHD
Strategies for Surviving the First Year of College with ADHD
Calming the ADHD Mind with Mindfulness Meditation